Given its remote location sourcing local skilled trades was difficult, which is where the three international skills champions have played a pivotal role, providing valuable on the job training for the local team. Building a strong resilient team has always been at the core of HH and HHOS work, and its hoped that the local team that have worked on this project can be utilised for future projects.

Constructed to the plans produced by the HH University of Newcastle Sanitation Studio, the completed work will be a major environmental health boost for the school, alleviating the queues at the existing failing toilet block, replacing the dysfunctional septic system, and providing drinking, tooth brushing and handwashing facilities where currently none exist. 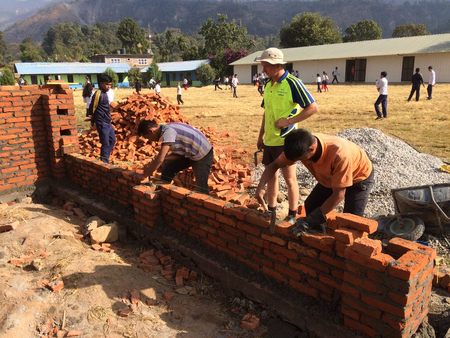 NEWSLETTER | JUNE 2021 Another year has gone by. We have been busy caught up in doing the work and haven’t taken enough time to regularly share with you what we have been doing. Bel...