Another Sanitation Studio completed in Nepal! Together with the University of Newcastle and project partner IAPMO (IWSH), the Studio was spread across two nearby school sites to design and upgrade sanitation to the schools. These two projects included: Last year’s Sanitation Studio completed the design of two new toilet blocks, one for boys and one for girls, for the 300 + student cohort at this school. The toilet blocks and their waste systems were completed and handed over to the school in January 2017.

There was an existing toilet block which was already failing at the time of the 2016 Studio and the existing staff were not comfortable about removing the block as it had been donated by another benevolent group post-earthquake. It was agreed to convert the structure into a shower block instead for the many students and staff who often stay overnight or for extended periods to complete their schooling.

IAMPO (IWSH) coordinated international plumbers Gerard Allen, Vilas Dain and Adam Koenigs and bricklayer Sam Spong to work onsite for two weeks in Nepal on the HH O/S Thangpal Dhap Sanitation Project with local Nepali building team to help upgrade and improve the plumbing and construction of the toilet and shower blocks. The team were led by IAPMO India’s Swathi Saralaya was on hand during the Sanitation Studio working with the team. The local Nepali team will use the skills and knowledge learned for the continued repair and maintenance of these facilities. 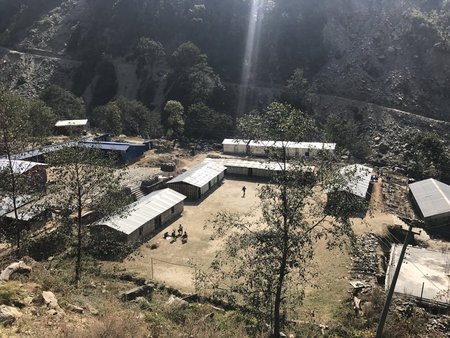 HH O/S program Manager David Donald and Adrian Welke (Troppo Architects) worked with 15 architecture students enrolled via the University of Newcastle to complete designs for new sanitation facilities for this remote school. The students stayed nearby the school and worked on site every day for two weeks in an intensive design studio. Applying design and construction manuals developed in previous studios, they worked with the school staff and students and ensured they provided:

The results were well received by the school principal and staff. who have proposed to present the designs with the Nepal Government Education Department for approval and funding for the sanitation blocks to be completed. Once approval by the school and the Nepal Government Education Department is received, the toilets can commence construction. HH hopes this leads to the design and methodologies developed by students and volunteers through the Sanitation Studios, are adopted by many schools across the country. Nepal project manager Bishnu Shrestha’s (pictured above in front) ongoing work on the ground enables these projects and studios to continue with local skills and support. Bishnu has been working with HH since 2007 and manages all facets of the projects from feasibility through to project management whilst also coordinating preventative dental care through dental camps with the support of Teeth and Toilets and RAWCS. Thank you Bishnu for all your hardwork! 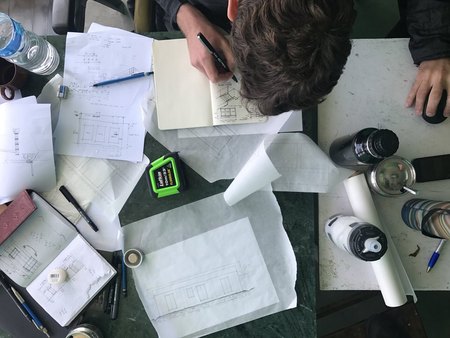 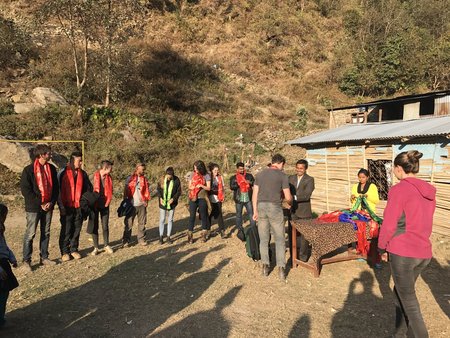 Poor people need the very best design for one simple reason - it is essential for their survival - they have few options. Design alchemy transforms mediocre, leaden design into award winning design...

On the first day of the studio commencement, Paul Pholeros AM passed away (Feb 1st) in Sydney. It was agreed by participants at the initial briefing meeting in Kathmandu to continue the studios and re...