In 1985 he supported Nganampa Health Council both as the Co- Chairperson of the UPK review and as a principle researcher and a member of the UPK research and development team, together with his big sister Nura. UPK as a review and as a strategy for wellbeing owed its relevance and effectiveness to the input of these two people.

This work remains the foundation for Housing for Health.

Kawaki Punch Thompson was a leader on the APY Lands in the north of south Australia. He will be greatly missed by all those who worked with him and his family, friends and colleagues.

His songs, his humour and the results of his work will live on and extend from the desert of Central Australia to many parts of the world. 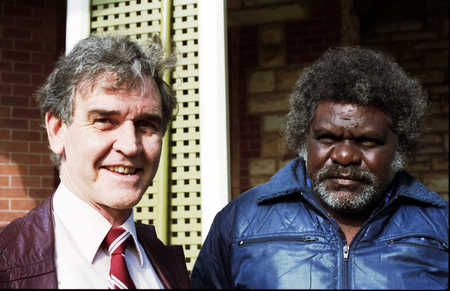 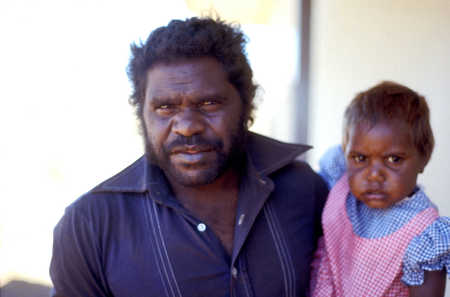 Family man with his young daughter

The cover of the 1985-1987 UPK environmental health review. By the time the review was published houses on the APY Lands had already been improved.

Raising the toilet issue in India

Some snapshots from media covering the speech that show the high profile of the toilet in the new PM's thoughts are set out below. 'Prime Minister Modi also announced initiatives aimed at modernizing ...

DISCUSSION: What we know about Health and Housing Hardware

Closing the Gap Clearinghouse produced a document in 2013 talking on the value of health hardware. Its content has re-appeared in the 2020 17th biennial health report by the Australian Institute of He...