FROM THE ARCHIVES: R&D – Finding and Specifying Better Taps

An archive highlight from 2010 showing the ongoing pursuit of finding the best possible taps to specify in housing.

Project data shows that taps are performing poorly. Poorly performing taps impact on the ability of households to maintain personal hygiene which can adversely affect health. 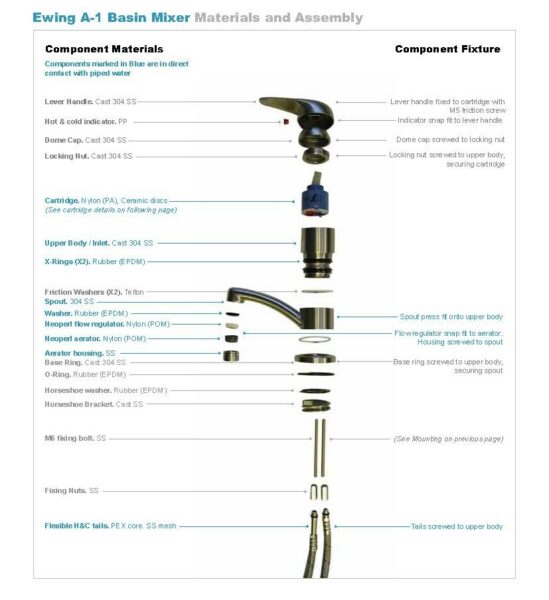 This Research & Development project, ‘Flick Mixer Product Analysis for use in Remote Indigenous Communities’, aimed to identify longer lasting and better quality tap ware to inform the best possible specifications for housing to continue to improve health. The project also proves as a demonstration of a product research approach to specifications.

Such an approach should inform how architects, designers, building companies go about hardware selections, if not use the report findings directly to inform their schedules.

One dripping tap can waste up to 600 litres of water a day and hot water lost through leaking taps can increase the household energy bill. If many taps are leaking in a community water system, the water supply and waste water systems will have extra load placed on them and a valuable resource wasted.

Traditional jumper valve taps are subject to washers leaking, dripping, wearing out in a short time, handles coming off, washers breaking, dezincification, corrosion, calcification and pitting of the tap seats. These are very common and very well documented tap failures.

Reverse engineering analysis was conducted on six existing commercial flick mixer type taps. The taps selected for the analysis were models specified throughout NT housing at the time, models used in high use public environments such as McDonald’s Restaurant toilets and the cheapest available on the market.

Each product was analysed and compared based on:

This project provides a demonstration of a product research approach to be implemented when making purchase and specification decision for remote Indigenous housing.

Read more about B1.3 Water outlets, valves & taps in The Guide.

Active research and development has been an integral part of Housing for Health projects over the past 20 years as a way to find better solutions. The gathering of data and rigorous testing and analysis of products allows Healthabitat to test ideas, trial better solutions and change the dialogue around parts of a house.

Healthabitat continues to welcome collaborations to not only find better solutions for Health Hardware, but to also change the dialogue around decision making when it comes to housing for health.