On 26 October 2017, the Department of the Prime Minister and Cabinet published its ‘Remote Housing Review: A review of the National Partnership Agreement on Remote Indigenous Housing and the Remote Housing Strategy (2008-2018)’ (‘the Review’).

Healthabitat (HH) calls on the government to immediately implement the Key Recommendations of the Review, in particular;

Recommendation: A recurrent program must be funded to maintain existing houses, preserve functionality and increase the life of housing assets


Recommendation: Regional sample surveys (using the survey– and–fix methodology of the Fixing Houses for Better Health program) must form a core part of the regional governance and monitoring strategy


In this article, HH discusses the Review’s findings about the impact of housing on health, focussing on overcrowding.

The Review noted “Overcrowding and poor quality housing lead to poor health outcomes and make it harder to manage chronic disease”: 2.1.1. The absence of health hardware such as hot water, safe indoor power and toilets that flush, has led to increased common and chronic illnesses. As a result, the review reported high levels and types of disease present in remote communities that do not impact the rest of Australia e.g leprosy and high concentrations of tuberculosis.

How to prevent the impacts of overcrowding?

In addition to new housing, in one of its key findings the Review stressed the importance of ongoing maintenance in alleviating overcrowding;

“The implementation of PTM [Property and Tenancy Management] is critical. It cannot be considered secondary to addressing overcrowding with new houses. Without maintenance, new houses will not last and overcrowding will not be reduced.” 5.7, p55

In recommending better hardware and better maintenance: 2.1.2, the Review noted that poor quality hardware has led to more frequent breakdown of doors, toilets and taps. Saving on poor-quality hardware that is not fit for purpose is a false economy because cheap hardware will inevitably break, increasing maintenance costs down the track. The Review also noted that “Without investment into cyclic maintenance of houses to maintain health hardware, houses built under the Strategy will deteriorate and the investment will be wasted.” In support of these findings, the Review cited an earlier Federal Government report which noted that 25 per cent of damage to remote Indigenous homes arose from poor hardware specifications or sloppy installation work and 66 per cent of damage resulted from a lack of programmed maintenance.

The Review’s findings back up what HH has being saying for a long time: building more houses does not effectively reduce overcrowding, installing and maintaining good hardware is the solution. By way of example below is a hypothetical illustration, based on HH’s national data: 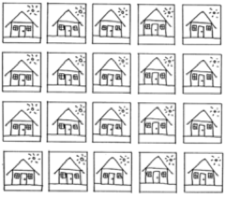 5 additional houses are built, which results in an assumed reduced crowding rate of 4.8 people per house. 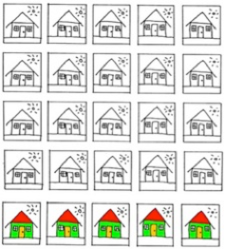 However, the reality is that of the 20 original houses only 35% (or 7 houses) would have had a functioning shower. With 120 people in the community sharing 7 showers, the functional crowding level was actually 17 people per house.
Of the five new houses built, HH’s national data shows that at least one will have an unusable shower. 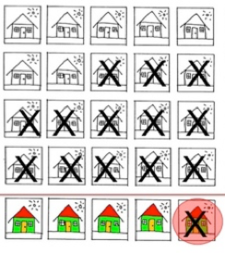 Accordingly, after the construction of the 5 new houses, the community actually has a functional crowding rate of 11 people per house. 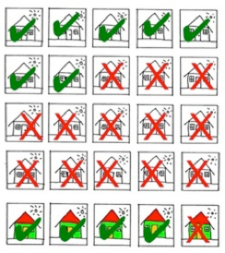 If, instead of building new houses, a tenth of the money spent on building new houses was spent on a maintenance program resembling Housing for Health, the number of functioning showers would be increased to 16 (82%). This would result in a functional crowding level of 7.5 people per house. 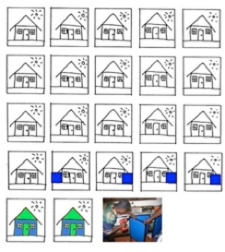 More broadly, the Housing for Health methodology (or the survey– and–fix methodology of the former Fixing Houses for Better Health program) would improve urgent safety and health function of all houses and gather data on houses and infrastructure to plan for future upgrades or new housing.

In keeping with HH’s data, the Review found that overcrowding will continue to make people sick unless good quality hardware is installed and maintained:

“There is particularly clear evidence of the strong relationship between health outcomes and the installation and proactive maintenance of hardware in houses that will both stand up to the conditions and facilitate key healthy living behaviours.” 2.5 p21

The next article will look at what the Review says about the type of maintenance and monitoring that will stop people getting sick.