The two summers of 2018-20 were the hottest ever recorded in the NT.

From December 2019 to January 2020, temperatures were about 4℃ above the long-term average. And in late 2019, it was so hot, remote kidney dialysis centres struggled to cool water for their life-saving dialysis machines. 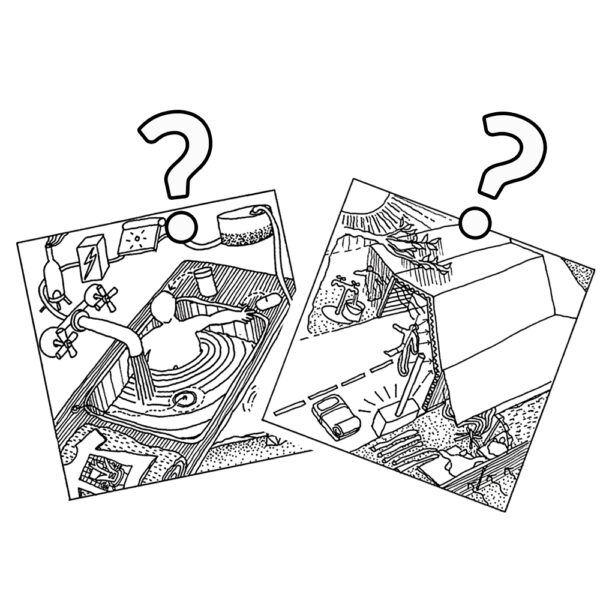 HLP 1 – Washing People is the highest priority after Safety. HLP 8 – Controlling the temperature in the Living Environment is number 8 out of 9. Are these two HLPs becoming even more interlinked with climate change?

Healthabitat have found this article in The Conversation worrying. Residents in some of Australia’s most remote areas who are subject to poor quality housing stock with little effective passive or mechanical cooling are at increasing risk of infectious disease, respiratory and chronic illness, and to make matters worse are loosing their doctors as a direct result of increasing temperatures.

Identifying the Health Impacts of Climate Change in NSW

The intensity and frequency of natural hazards in New South Wales (NSW) such as floods, heatwaves, droughts and bushfires are projected to become more frequent and intense due to climate change. Socially and economically disadvantaged groups including remote Aboriginal people will be disproportionately affected by climate change.

The NSW Health team are working to identify the health impacts of climate change, and adaptation strategies and responses among Aboriginal communities in NSW.

In Australia, the rate of mortality due to thermally inefficient housing and cold weather is 6.5 per cent. Housing stock, constructed appropriately for climate including semi arid and arid climates including effectively implemented passive cooling strategies will become ever important across NSW and the rest of Australia – HLP8. Controlling the temperature of the living environment.

NEWS/CONCERN: US Heat Dome - Is Navajo Nation at risk?

Learning about the effects of the current US Heat dome, Healthabitat is concerned for residents of the Navajo Nation - the largest land area home to a Native American tribe in Arizona. Healthabitat i...