Mayor Edgar Mora Altamirano has for 8 years actively sought to engage citizens in the development of the grain of the city.

Edgar does not speak in the usual bureaucratic jargon bingo language nor does he use simplistic platitudes to describe the problems of cities or the solutions. He is a breath of fresh air.

A small sample of the underpinnings of his thinking, from the paper he presented at the Mexico City Infonavit Conference follow.

“I will argue that, until now, city governments have served the interest and purpose of national governments, market forces and political parties.

This means they do not necessarily cater to the interest and purpose of citizens, at least when it comes to improving their quality of life, or assigning them an ideal position in the democratic decision making process.

The aforementioned is largely due to the structural design of the municipalities, their place within the larger governmental system, and specially their proclivity to follow the mainstream economical and political tendencies.

In order to change this, the formation of citizens should be redefined as the main strategic goal for city governments, which can be achieved by sensing the citizens’ experiences in their epicenter-place, rather than solely deploying tactical actions referring to architectural gestures, order and zoning, economical growth or even distribution of wealth and power.”

His work proposes a ‘sociality atlas’ that includes a “happiness map, fairness map, sources of the self and a freedom map” plus a lot, lot more.
HH will keep tuned to the work and results of Edgar Mora Altamirano 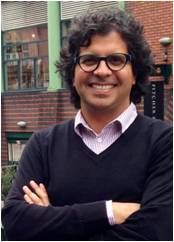 Mora Altamirano has been elected twice as mayor of Curridabat, Costa Rica, in 2007 by the 43 percent of voters and in 2011 by 74 percent. Twelve years ago a group of people from Curridabat decided to organize a local political party from scratch.
Mora Altamirano says that this decision has had a strong influence on the culture of the citizens and their practice and attitude toward the local government and grassroots leadership. “Curridabat is becoming an attractive role model to other cities,” he says. In the past Mora Altamirano co-founded a number of NGOs, diverse in scope and success, and worked as a reporter and consultant in various fields related to political, cultural, and social policy issues. 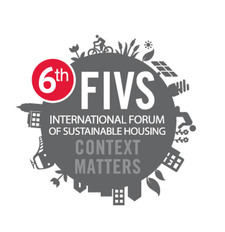 Housing failure to trigger penalties BY:AMOS AIKMAN From: The Australian March 25, 2013  ALMOST one house a day will need to be built between now and the end of June if the Northern Territory...

In many remote communities, overcrowding is a Big Issue. This can lead to increased spread of infectious disease. The Northern Territory Government has now committed to 10 years of funding...Good start!

Disaster looming - the end of NPARIH

Minister Nigel Scullion and the Australian Government appear to be ignoring their own 2017 review into the National Partnership Agreement on Remote Indigenous Housing (NPARIH). Rather than increasing ...