What better way to capture the action at the Water Innovation Challenge than taking a school class of 14 year olds and making them the media crew for the event.

The School of Science and Technology and head teacher Christine have provided a crack band of young media people to capture the action.

Starting with a formal briefing from the teacher in charge they then became familiar with who to interview and why.  They then took their professional equipment and started scripting the interview questions.

Then off into the competition area and studio to start work.

They have been working hard and aim to capture footage of the event that can be used by all the participating organisations to promote the work. 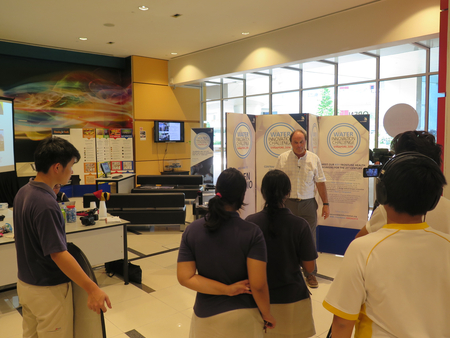