How do you tell the story of the Village Sanitation Program, in a short time, to a diverse audience of potential supporters? This was the problem put to Australian film maker and teacher Simon Forbes.

Having worked on Global Studio projects and familiar with making films in less than simple conditions and working closely with local people, Simon was the ideal choice.

The script tells the story of a village family, keen to be included in the Sanitation program, but not quite sure of all the benefits, the costs and how the process works.

With careful preparation and support by Bishnu Shrestha (CHDS) and the Village committees, the movie making was viewed as both an entertainment for those involved as well as an important way of telling the story of the Sanitation Program. The story will spread the word outside Nepal and gain more support to improve living conditions and health. 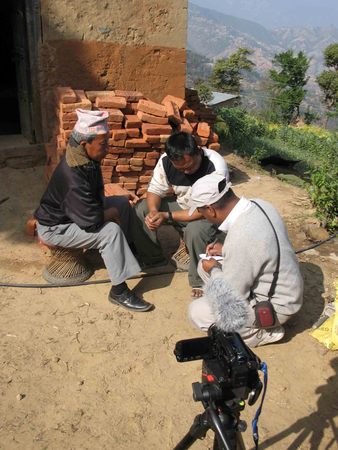 Script rehearsal with the two Village Committee chairmen (in real life) with one acting the role of the villager requesting a toilet. 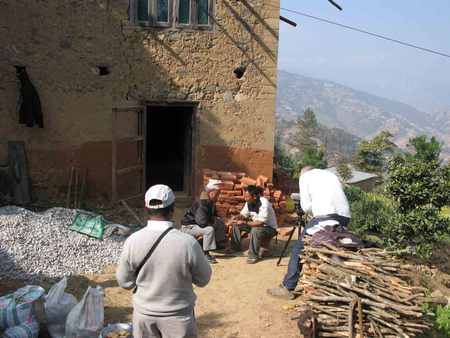 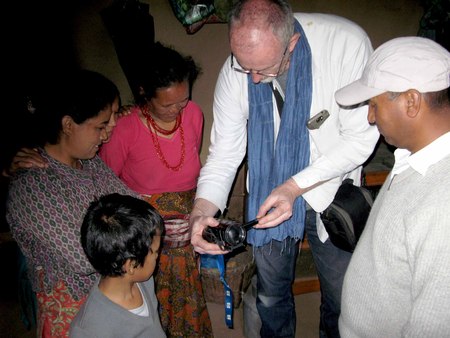 The review – Simon shows two of the film’s ‘actors’ their performance with Bishnu translating their questions or comments.

We look forward to presenting the completed movie soon.

Simon used his time to full advantage whilst making the movie on the Sanitation Program to capture cameo interviews with the plumbing team, the design teams and recored their thoughts on Nepal, the Sanitation project and their specific contributions. These cameos will appear soon on this website.