HH has been around since 1985 and we have seen state and national governments, as well as so called peak bodies, come and go with surprising speed. Throughout that time, in the area of indigenous affairs, there have been many, many instruments but very few original tunes.

The underpinnings of some recent remarks about indigenous communities being ‘lifestyle choices’ by the Australian Prime Minister have been around for a long time.

We’ve got lots of small communities and we should admit that it’s not going to be viable to put schools there, and to put housing there, we have to have a debate about the level of infrastructure.


These words were  not spoken recently ….they were the words of Amanda Vandstone in an interview with others to the ABC in 2006. Her roles at the time were as Minister for Immigration and Multicultural and Indigenous Affairs as well as Minister Assisting the Prime Minister for Reconciliation.

It is a measure of our combined lack of historic recall that we are so outraged by the the most recent words of the Prime Minister.  Many others have attacked the recent words related to ‘lifestyle choices’ so this is best left to those who enjoy the brief, if noisy, debate.

By contrast, our national Australian silence has consistently ignored the mean spirit that has given rise to these words.  That same mean spirit in the hands of governments, bureaucracies and professions, has also managed to preserve the grinding poverty that, for a small group of people, has remained largely unchanged since 1985. Any gains made between the mid 1990s to the early 2000s were well and truly reversed from the mid 2000s.

Change the spirit, the words and most importantly the actions.

For you next ‘lifestyle choice’ pick a house for you and your family in an indigenous community, anywhere in Australia – urban, suburban, rural remote or very remote – that, by the statistics collected by HH on over 8,000 houses tested and then improved, will have the following features. 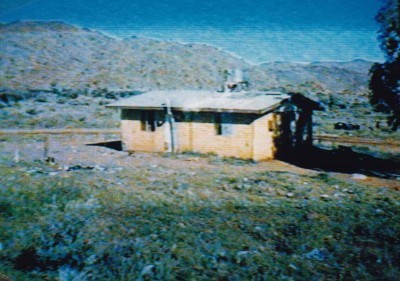 Australian State and Territory Building Ministers agreed last week to improve the energy efficiency requirements of new homes. The NT however, a region with arguably Australia’s most extreme climate h...