Australia is the only developed country that has endemic trachoma. 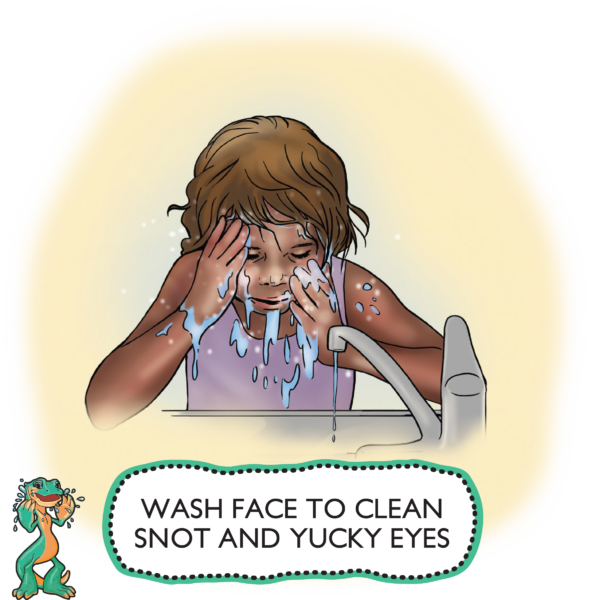 The #endingtrachoma project utilises cartoons, songs and fun activities to educate about the cause of Trachoma and how to minimise prevalence.

What is Trachoma and how is it transmitted?

Trachoma is the leading infectious cause of preventable blindness. It is responsible for the blindness or visual impairment of about 1.9 million people worldwide, and remains a public health problem in 44 countries. Of these 44 countries, Australia is the only developed country and almost 100% of our trachoma cases occur in Aboriginal communities. The World Health Organisation (WHO) set a target to eliminate trachoma worldwide by 2020, and to assist with this developed the ‘SAFE’ strategy. The SAFE Strategy includes a comprehensive approach including surgery, antibiotic treatment, facial cleanliness and environmental improvement.

Transmission occurs through facial contact and hand to eye contact via contamination of personal items such as towels, clothing and bedding. Poor environmental health conditions such as poor hygiene, overcrowding and lack of functional bathrooms are recognised as key contributors to trachoma in remote Aboriginal communities.

A recent project example in the Trachoma Storybook was in two Ngaanyatjarra Lands (NG Lands) communities where audits of people’s private bathrooms conducted by the Aboriginal Environmental Health Worker’s revealed many plumbing issues which were preventing families from practising good hygiene. The #endingtrachoma team worked with the plumbing contractors employed by Housing to coordinate a community visit. As people’s bathrooms and drainage were being fixed by the contractors, AEHWs installed 45 acrylic mirrors at the height of a child, 28 towel hooks, provided 153 cakes of soap, installed 39 hand and face washing stickers and checked washing machine worked and clothes lines were functional. The project was successful in talking to 25% of residents about the importance of and routines of hygiene and hand and face washing.

At the end of that week, the project had visited 51 of the 54 community houses and identified:

This data correlates with NSW Housing for Health data collected through the robust testing and survey framework at SF1 of houses over 20 years in NSW, before any Priority Fix Items and Major Fix work was done:

This data continues to reinforce the importance of the HLP’s in priority order, not only to reduce the incidence of trachoma in children especially 0-5years, but reduce the negative link for all residents of poor housing and health. Read the Trachoma Storybook here and more targeted research and information about the project and Trachoma in Aboriginal communities here.